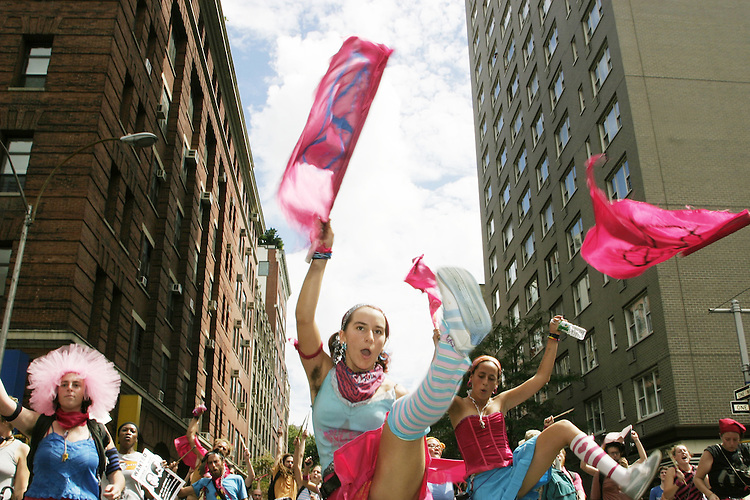 Anarchist cheerleaders wave their flags and high kick as the "Still We Rise March" proceeds from Union Square to Madison Square Garden in New York City on August 30, 2004 during the Republican National Convention. The march was organized by the Still We Rise Coalition, over 40 of the largest organizations working in low-income communities throughout the city.