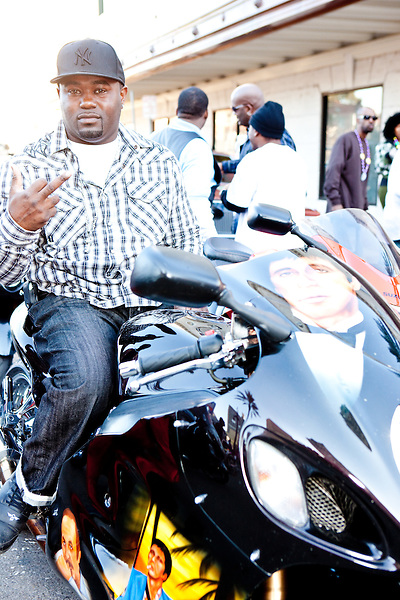 "Ju Ju" shows off his custom detailed "Scarface" motorcycle, among other things, near the interstate overpass on Claiborne Avenue in downtown New Orleans on Mardi Gras day, February 16, 2010. The area around the intersection of Claiborne and Orleans Avenues has long been meeting place for Mardi Gras Indians and the African American community in general on Mardi Gras Day.


View This Image's Galleries:
All on a Mardi Gras Day