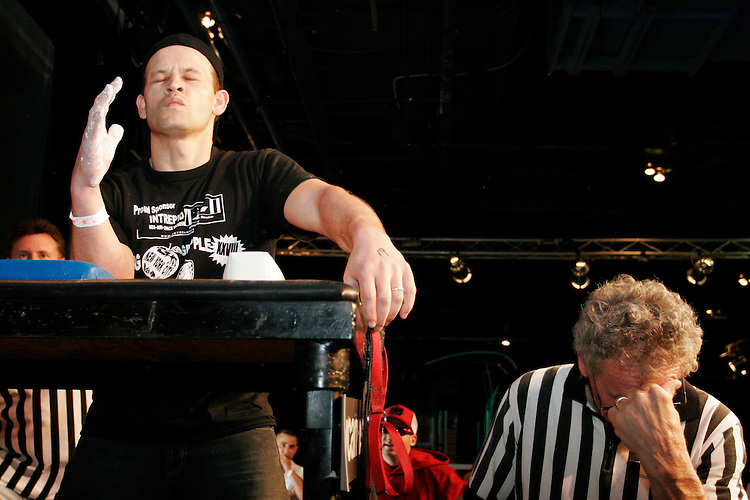 Pat Baffa, in total concentration, waits for his opponent to step up to the table at the 28th Annual Big Apple Grapple, held in New York City on March 19, 2005. The tournament is the first in the 2005 New York Arm Wrestling Association's "Golden Arm Series".