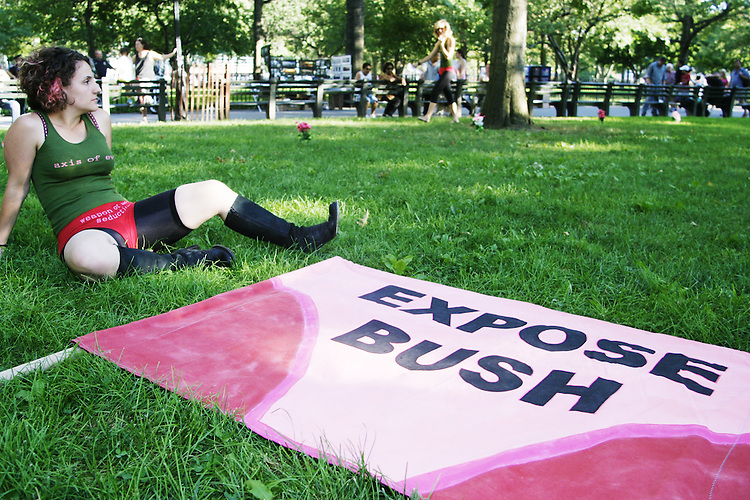 A woman bares some skin as part of a "Mass Flash" organized by the group Axis of Eve in Battery Park in New York City on September 1, 2004 during the Republican National Convention. The purpose of the "mass flash" according to Axis of Eve was to "create a media spectacle that lays bare the shameful tactics of the Bush administration and boldly demands an end to political cover-up." .