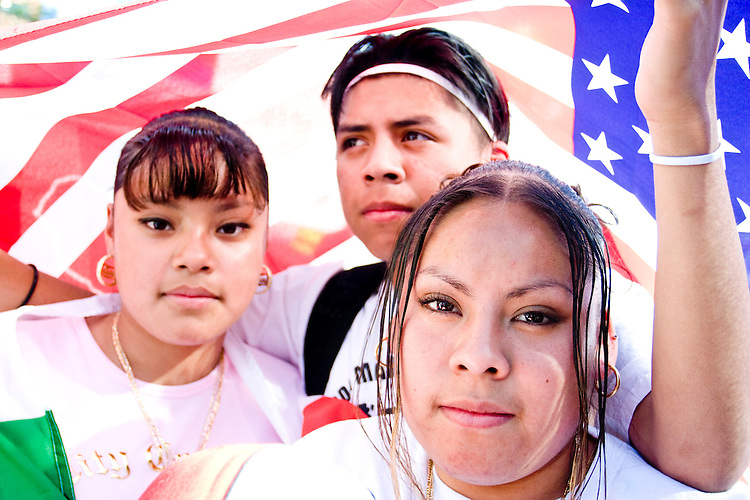 Yovan, foreground, with his brother Luis and sisters Jessica (right) and Yasmine at Union Square for the main rally for protesters of United States immigration policy in New York City on May 1, 2006, which was followed by an en masse march down Broadway towards City Hall.