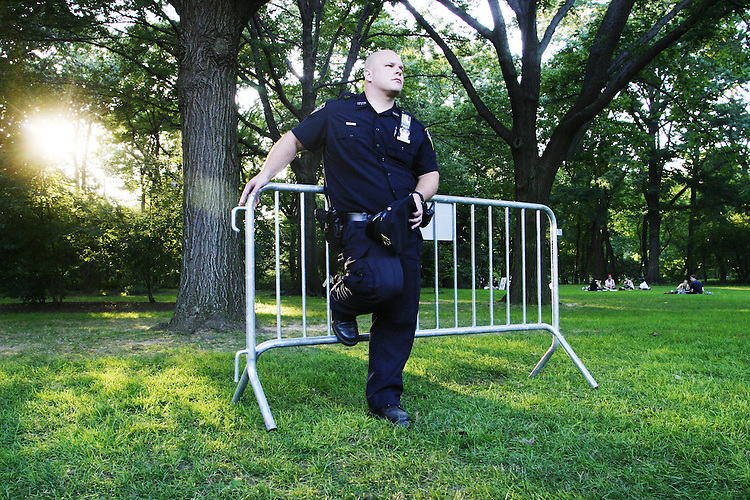 A policeman attempts to guard something as protesters gather in Central Park after the United for Peace and Justice march in New York City on August 29, 2004. The protest against the Bush administration in general (and its decision to hold the Republican National Convention in NYC) was one of the largest in the city's history, drawing an estimated 500,000 people. Afterwards thousands gathered in Central Park, despite not having a permit and being warned about doing so.