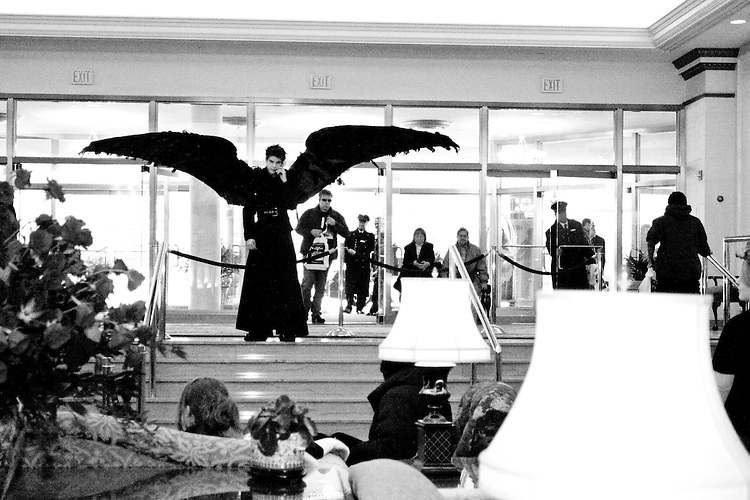 Rob Coffman, cos-playing as DNAngel from Dark, cuts an imposing figure in the hotel lobby at the 12th annual Katsucon, a convention for fans of Japanese comics, animation (anime), and video games, held in Washington D.C. on February 18, 2006 and attended by over 8,000 people.


Cosplay, short for "costume play", is the act of creating and wearing outfits of one's favorite anime, comic, or video game and often acting out that characters actions.